The whole virtual community is speaking about the positive vibes in the vSphere 7, So I thought let’s work on what we are gonna miss in vSphere 7 which we had in the previous versions. Its time to say Goodbye to the below features which are not available or disabled by default in vSphere 7.

I am really a big hater of the flash player over the vSphere Web client, Ever since it got launched it gets either struct loading forever unconditionally and hangs up with unknown issues. Although HTML 5 came in as optional now in vSphere 7 HTML 5 becomes the default client which is much faster and responsive than the flash player.

No need for an External Platform Service Controller :

I guess this removed was in order to simplify the deployment and administration of vSphere 7, but still trying to see any impacts in any form factors.

Never used this update manager plugin but I would rather say must have been removed at early stages, Anyways Update Manager has been replaced with Lifecycle Manager.

No vCenter Support on Windows platform :

Although I am not a big fan of this removal,  Decisions were taken already and yes its time to migrate to vCenter Server Appliance (VCSA)

ESXi Builtin VNC Server has been removed and from vSphere 7 onwards users will not be able to connect to a virtual machine using a VNC Client which was configured by setting as a true value in RemoteDisplay.vnc.enable feature. Now users can connect to virtual machines using VM Console via vSphere Client, ESXi Host Client or the VMware Remote Console.

Apart from the above one some more depreciations and removals are : 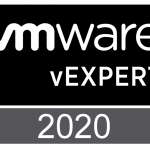 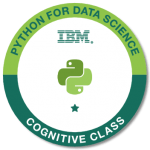